Eating is frequently mentioned in the literature, however, it is usually in a symbolic or utilitarian context. Consider all the links to Dorsia in American Psycho or Rabbit Angstrom’s peanut-brittle obsession in John Updike’s final Rabbit novel. 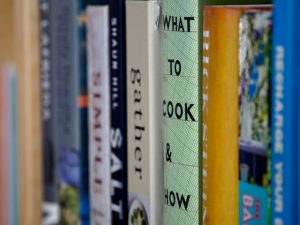 Even in the palms of masters, food sequences might feel like filler or filigree rather than substance in a novel. There are, however, exceptions—moments when food opens a higher tale form. That is how literature affects our everyday lives.

Here are some novelists with their perceptions of food in their literary masterpieces.

(from the book Under the Jaguar Sun)

Calvino’s special talent is his dreamer’s eye, his capacity to design stories of extraordinary lightness from a world that is far too complicated. In his book Under the Jaguar Sun, he views cooking as “the passing down of an elaborate, precise lore,” wherein every cuisine can be some kind of story that represents the individual who eats it—a story that links a meal to the ancestral.

(from the book Revenge of the Lawn)

A cup of instant coffee arrives, serving as both a pretext for an invitation inside the apartment of a former lover and a death blow—the combined familiarity and awkwardness of being around someone you hardly knew so well. After persuading his ex to take coffee with him, Brautigan discusses the elastic aspect of time in the setting.

(from the book Goodbye, Columbus)