The point of view from which an author narrates a story is known as literary point of view. It’s among the most crucial choices an author makes when crafting a novel.

Authors have the option of writing in the first person, second person, or third person. This is largely determined by the pronouns used to connect to each character.

Points of View in Literature 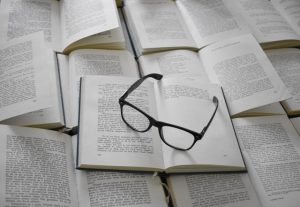 Here are the following literary point of view:

In narration, the second person, “you,” can be used in a variety of ways. In some publications, such as Choose Your Own Adventure, the narrator conveys the message directly in the second person. In other cases, readers are not becoming characters in the novel, and yet the second person perspective allows them to relate more strongly with a specific character.

He, she, and they are examples of third-person pronouns. Third-person limited narrative focuses on the viewpoint of a single character. In third person, the author seems to have more leeway than in first. They can, for example, use their adult terminology rather than relying solely on language that a lead character would understand.

Previous Philippine Literature: Understanding The Message Behind Noli Me Tangere Next Online Games for Literature Lovers