Christmas Parties as Written in Literature 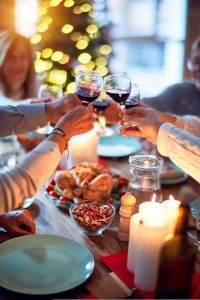 Everyone really loves to have a good party especially if they will have to attend a special party during the Christmas season. Even in the literature, fictional characters also attend Christmas parties and it seems that they really have fun going there.

Here are some examples of literature that show how they celebrated Christmas parties:

The settings of this literature from Charles Dickens are plotted in London. It happened just behind the warehouse door. The story of “A Christmas Carol” revolves around the way an actual office party should be conducted. During the party, plenty of mince-pies, beer, Cold Roast, and cake are present. There are also more dances that are presented along the time.

A Child’s Christmas in Wales

This story generally shows that Christmas also comes along with music especially during the night. With that, the whole family member played along Christmas night. Headed by the uncle, he played the fiddle while another uncle sang to the tune of Drake’s Drum. One of the cousins sang the Cherry Ripe as Auntie Hannah got the parsnip wine.

You can generally witness the Christmas party event at the start of the story of Bridget Jones’s Diary. Bridget’s mother is actually a representation of lots of people in our society.