Choose your own Adventure with Video Games & Literature

Video games and literature are different art forms, but nevertheless, sometimes they overlap. 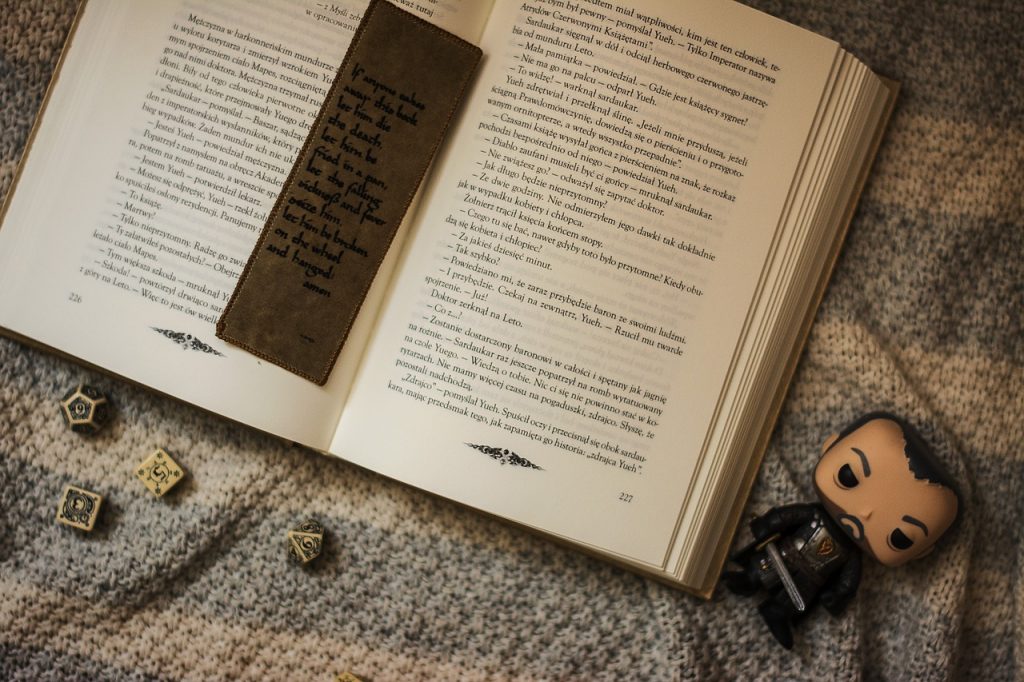 Developers love and read books, and don’t hesitate to demonstrate literary knowledge in their creations. Some of their references lie right on the surface, they are spoken about in plain text in the game.

The games about Geralt of Rivia The Witcher and The Witcher 2: Assassins of Kings can be considered a full-fledged continuation of the literary work.

Their action takes place in a world invented by Anzh Sapkowski. Events, characters, places – all this was either described by the author, or harmoniously fits into his world, and the plot of the first game about The Witcher begins five years after the events described in the last book of the cycle called “Lady of the Lake”.

Myths are also literature, but much more ancient. Many developers look to the lore of different nations as the basis for their games. Thus, the characters of Greek myths can be seen in many games, the most famous of which are probably God of War and Titan Quest.

The latter also contains references to Egyptian and Eastern mythology. And the heroes and places of Scandinavian myths can be seen in Rune, allusions to them – in Too Human and Odin Sphere.

Another type of book reference is a quotation of works in the game itself with an indication of authorship.

In the detective story LA Noire, the criminal left the poems of the 19th century English romantic poet Percy Bysshe Shelley to the police on paper sheets. These passages were to be used as clues to finding the whereabouts of the maniac.

The creators of Silent Hill 3 went further and in one of the mysteries at a high level of difficulty asked the players to identify by encrypted fragments such Shakespearean tragedies as Romeo and Juliet, King Lear, Macbeth, Hamlet, Othello,

Then Using the text of the riddle, make mathematical calculations from the category with the order of the products: at the beginning of the seventh stanza it says “One vengeful man spilled blood for two”, which means you need to multiply the first digit of the code by 2, because this is clearly about Hamlet. The Shakespearean Anthology puzzle is one of the most difficult puzzles in games.

In the game The Longest Journey, the main character April Rine, while sailing on the ship “White Dragon”, looks into a barrel of apples and calls a certain Jim. This scene is an allusion to the novel by Robert Stevenson “Treasure Island”, where the main character, the same Jim, eavesdropping on the conversation of pirates, hides in a barrel of apples.

There is an allusion to Shakespeare in the game Vampire: The Masquerade – Bloodlines. The leader of the Nosferatu clan greets the protagonist with an almost verbatim quote from the play “Macbeth”: “My bones ached, so wait for a bad guest.”

The link between literature and video games is obvious and undeniable.

Intertwining with each other, they form a single information space. While playing, we can learn a lot of new things, develop an interest in mythology, literature, and by reading books, we can gain knowledge and then notice Easter eggs and enjoy our resourcefulness.

games literature
Previous Music & Reading: In Between The Lines Next Finding Books and Movies Through a VPN